This creamy, light-as-air celeriac puree is the perfect alternative to mashed potatoes.

First off, let the record show I have nothing against mashed potatoes. They’re a classic, they feel like home, and I love ‘em as much as the next gal. But as far as Thanksgiving is concerned, I’m a little bored with them. So this year, it’s all about the celeriac puree.

This celeriac puree is ridiculously creamy and light, and the addition of white beans pushes the fluffiness factor off the charts.

Celeriac is the root portion of celery. It’s the round bulbous bit that grows in the ground, from which the green stalks sprout. Often labeled “celery root”, celeriac can be a little off-putting with its irregular shape and knobby skin, but it is so worth incorporating into your cooking.

Celeriac is less starchy than potatoes and thus has a creamier, lighter texture. In the taste department, it’s a little earthy and a little sweet, with a mild celery flavor.

How to Prep Celeriac

Celery root should be peeled before cooking – a sharp chef’s knife is the best tool for the job. To peel, start by trimming both ends. Then stand the root up on a flat side and run the knife around the surface, removing all the knobby skin and dark bits, leaving only the white flesh.

How to Make This Celeriac Puree

This side dish starts by boiling the celeriac (as you would potatoes for mashed potatoes). While the veg cooks, you infuse some olive oil with garlic, as well as drain and rinse a can of white beans.

When the celeriac is fork-tender, you combine it with the oil and beans in a food processor, along with some milk and miso. Miso is key here, as it balances the sweetness of the celeriac and adds a savoriness that rounds out the whole dish. (Do not skip the miso). A food processor is also key because it makes the puree super smooth and airy; you just won’t get the same results with a hand masher.

Another reason I love this recipe (for Thanksgiving or otherwise) is that it can be made in advance and reheated. Unlike mashed potatoes, which get all dry and gloopy, this puree stays creamy and is easily reheated in the microwave.

This vegan celeriac puree is a little sweet, so it goes great with savory, earthy foods – like lentils, mushrooms, and tempeh.

This ridiculously creamy celeriac puree with white beans is a great alternative to mashed potatoes.

If you don’t have a food processor, use an immersion blender instead. 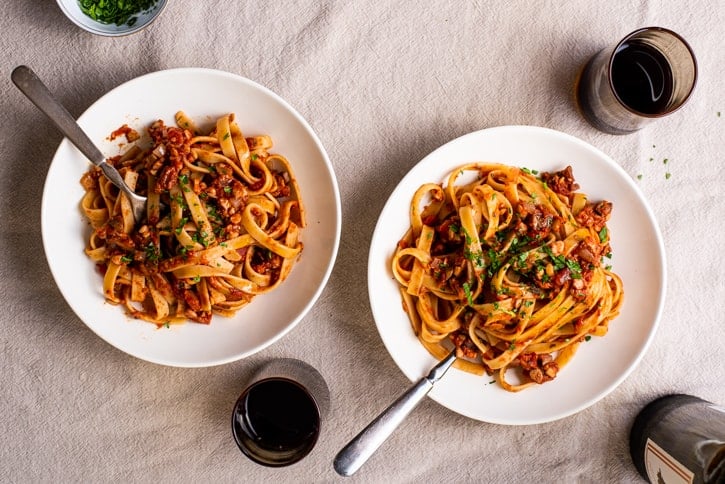 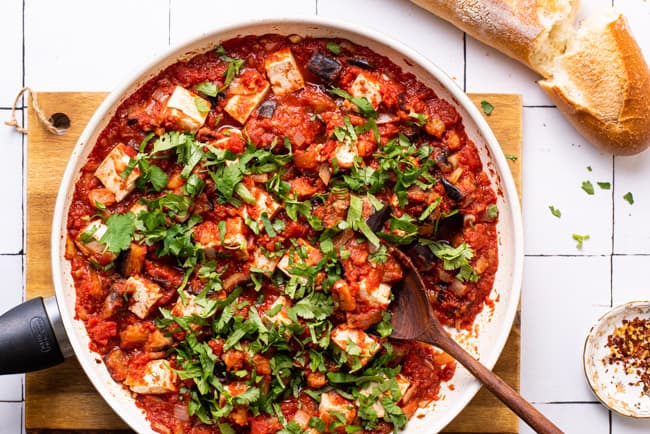