Here we are again – time to update you on what’s been happening in my life lately. 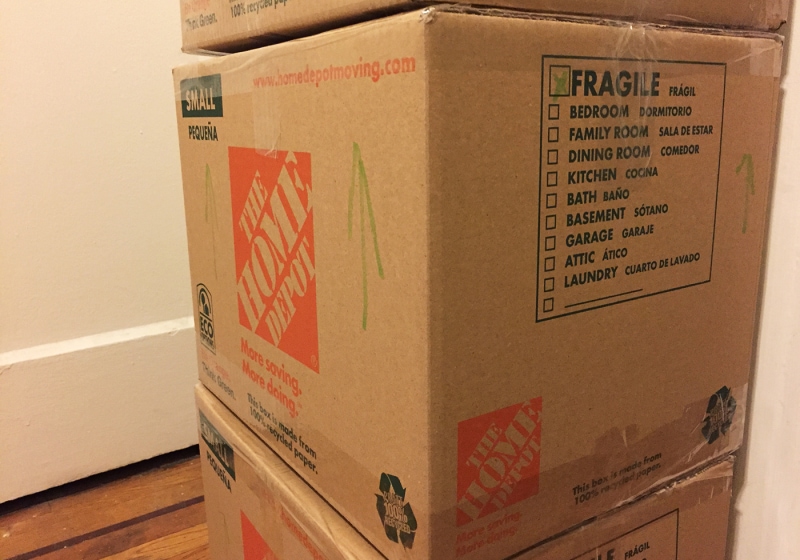 It was almost exactly a year ago that I told you about Rene moving away to pursue his Master’s degree. Since then, life has been kind of a whirlwind. Being in a long distance relationship with someone you’ve lived with for two years is no easy feat. Scratch that – for the first few months, it was damn near impossible. There I was, living with a roommate for the first time in my life, suddenly going to bed and waking up alone, and not being able to text bae “What do you wanna do for dinner tonight?”, while seemingly continuing to live the same life. Without my person nearby, I felt displaced and lonely, and no amount of Facetime chats or red heart emoji texts seemed to ameliorate that.

Eventually, I got used to my new independent life – and admittedly, quitting my job in January also put an extra pep in my step.

Meanwhile, Rene was pursuing his dream of studying art full-time – going to classes, making awesome work, and meeting new like-minded people. With time, it became increasingly harder for us to feel connected, for him to understand what I was going through, and for me to support him on this journey. To make matters even more interesting, Rene was invited to an art residency in LA for this past spring semester, pushing us even further apart into different time zones.

Learning to share your life with a romantic partner is hard enough, but trying to do it from different coasts can be brutal. After LA, we realized we’d just about had it up to here with the long distance thing.

So, I’ve decided to move to Syracuse. The decision took many conversations with family and friends, a list of pros and cons, and lots of sleepless nights to make. For weeks my brain was ping-ponging between the two sides of my brain: the feminist and the romantic, like that scene at the end of “Sex and the City” when *spoiler alert* Carrie decides to move to Paris with Aleksandr Petrovsky and Miranda is all like, “But hey what about your own life?”

(I know, I know, Syracuse and Paris have like, a ton in common).

“Is it stupid to leave the city in this pivotal point in my career to be with a guy?”, I kept thinking, while at the same time knowing I’ll be sad living here alone, and probably struggling to pay the sky-high rent on my budding entrepreneur’s salary, too. Simultaneously, Rene was also fed up with living with random roommates and feeling miserable without his lady in America’s snowiest (and darkest) city.

The truth is, there are no right decisions – there are only those we make, and we will never know the outcome unless we just dive in.

You’re probably sitting there thinking, “Okay, Alex – you’re being a little melodramatic. It’s just a short-term move to another city in the same state.” Yes, I know, but I’ve never lived outside of NYC before. Aside from my childhood in Ukraine (where we also lived in a big city), and one month of studying abroad in Paris, I have lived here my entire adult life. I don’t know what it’s like not to be within walking distance from at least three corner delis at any given moment; not to be able to sit alongside Korean tourists, immigrant construction workers, and veiled Muslim women all in the same subway car; not to have access to all the amazing cuisines I’m constantly surrounded by. Not to mention that my family, friends and everyone else I know is here.

In a way, I feel like a crazy person leaving the city and all the opportunities that come with it. But I can’t spend my whole life being married to it either. Having Rene go to school elsewhere is a great chance for me to experience another kind of life – a slower, small town life. And Syracuse is only four and a half hours away, so I still plan to return to the city every month for meetings/projects/etc.

Now that it’s set in, I can say I’m actually excited (and only a bit terrified) about this new chapter of my life, which comes with its own perks – like being able to rent a whole house for a fraction of what we used to pay for a tiny one-bedroom, to have a backyard where we can grow our own food (!!!), and to finally afford a co-working space (‘cause working from home got real old real quick). Most of all, I can’t wait to share a home with my boyfriend again. Weekend pancakes and reruns of “The Office”, here we come!

Another benefit of leaving the city is getting to realize how special it truly is. Now that I know I’m leaving, every subway ride (yes, really), walk through Chinatown, and stroll through the Union Square Greenmarket, has become a nostalgic experience. I will miss the city’s energy, its noises and sights, and yes, even its smells and oppressive summer heat, and will look forward to visiting whenever I can. I guess you could say I’m ending one long distance relationship to start another.