Today is the day – a moment I’ve been waiting for for over three years! Natural Gourmet Institute’s debut cookbook, The Complete Vegan Cookbook, is finally out in the world! It’s been such a long time coming, I can hardly believe the day is actually here. 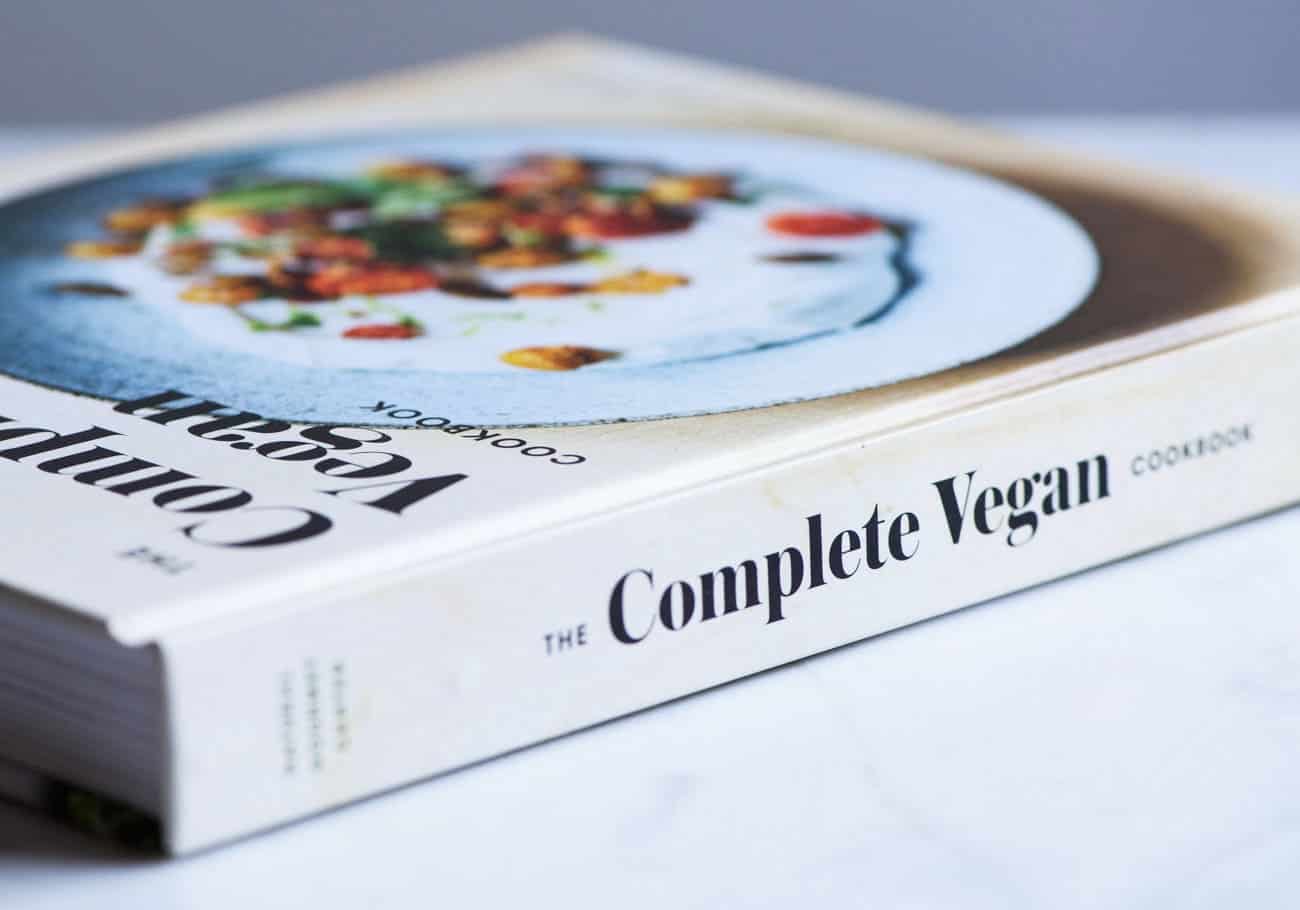 Several years ago, while I was still in the early days of being on the marketing team at NGI, the idea for a cookbook casually came up in a meeting. It made perfect sense for a 40-year-old institution, the country’s first plant-based culinary school, to have its own book. We just loved the idea of cooks all over the world being able to experience the magic of NGI, right in their own homes.

We started exploring it slowly, reaching out to agents and outlining a proposal. But as creative projects at work tend to go, the proposal kept being pushed further and further down the list of priorities, until it was almost altogether forgotten.

Until one day, when a mysterious large box was delivered to my desk. It held about a dozen of Clarkson Potter’s latest cookbooks, written by authors I’ve admired for years. I was puzzled, since I didn’t remember having ordered any books. And then I found a note, handwritten on Clarkson Potter stationary.

It was from an editor who wanted to talk to us about writing a book. (I know – totally crazy, right?!)

Just so we’re clear, this editor knew nothing about our internal conversations, or our slow-moving proposal. The fact that they reached out to us out of the blue was so serendipitous, it almost seemed like a joke. I met with the editor later that week, and the rest, as they say, is history.

Three years, dozens of recipe tests, and countless copy edits later, and The Complete Vegan Cookbook is in actual stores. Not in my head, not in a computer file, not on scribbled-on dummy pages. It’s a real bound book, and there are copies of it all over the country. Yes, I’m still pinching myself! 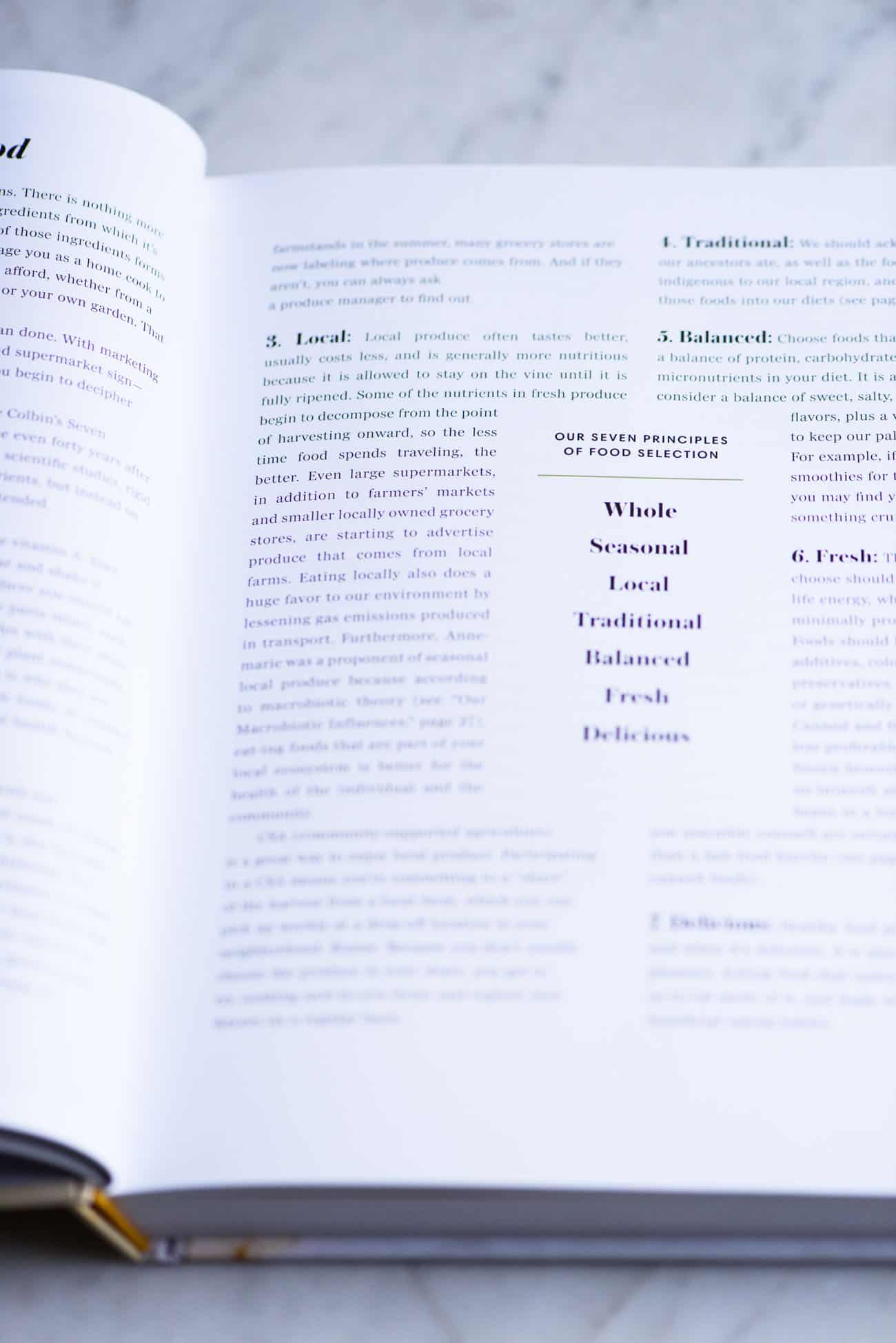 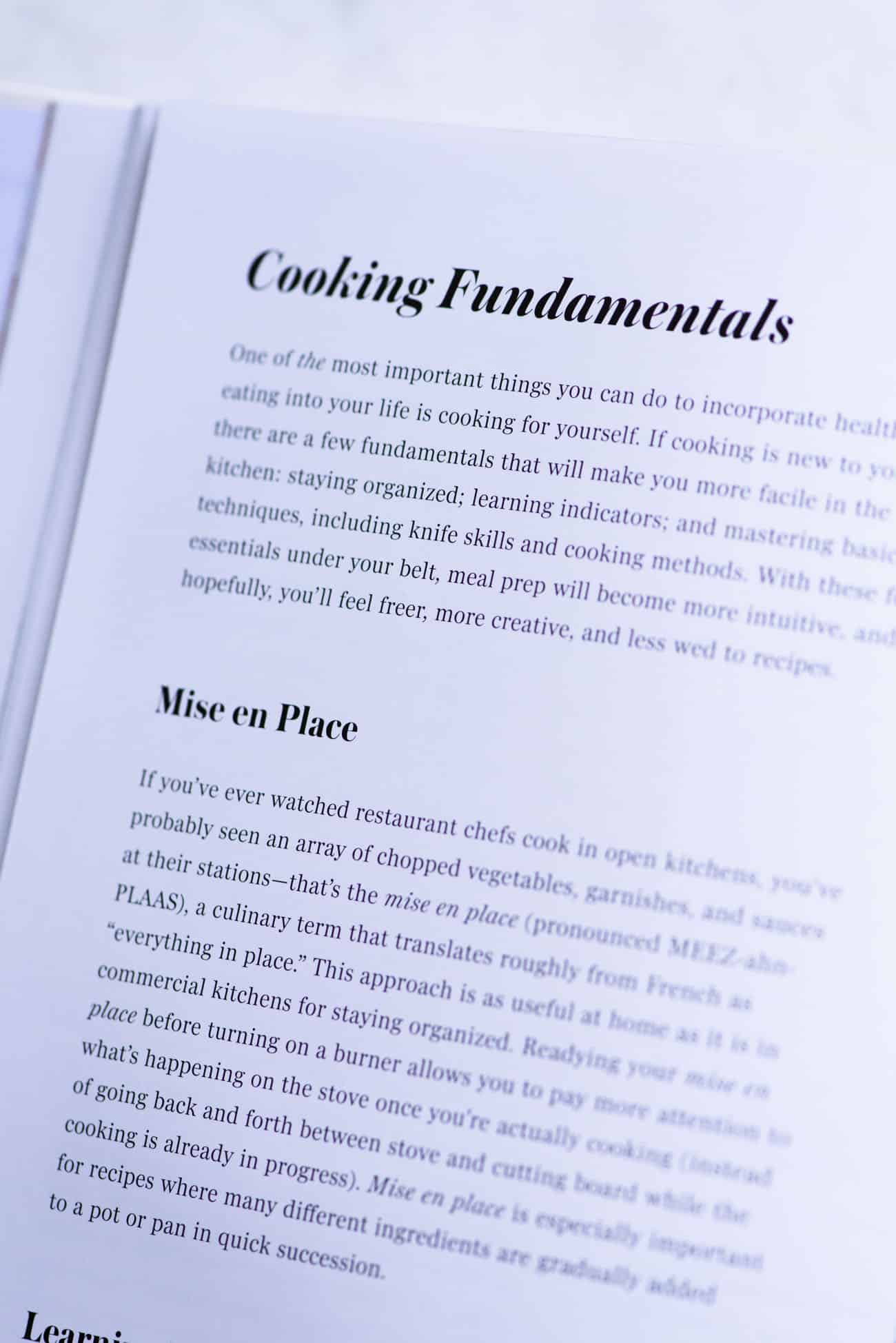 This book is a compilation of over 40 years of NGI wisdom. It’s a gorgeous illustration of NGI’s “food as medicine” philosophy, a love letter to plant-based whole foods. It features snapshots of the theories that make the NGI curriculum so unique (like macrobiotics and Ayurveda); guidelines for how to stock a “health-supportive” and sustainable fridge and pantry; and a thorough breakdown of pro cooking techniques. And that’s just the beginning.

The book has over 150 recipes – everything from plant-based essentials, to breakfasts, dinners, and decadent desserts – that use whole, seasonal ingredients in creative ways. Most of the recipes come from NGI’s curriculum, while some were developed by me and my co-author, Rebecca Ffrench, specifically for the book. 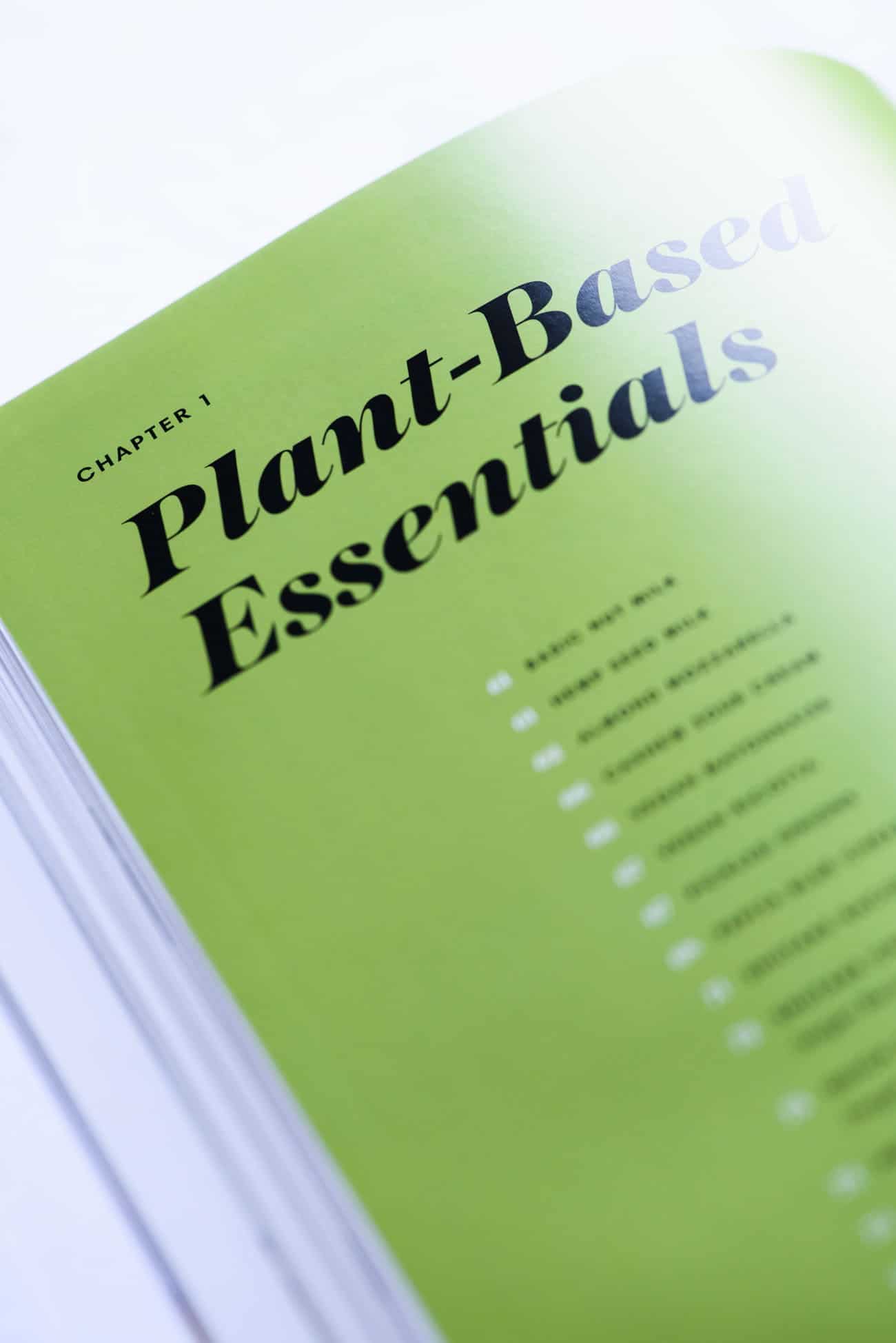 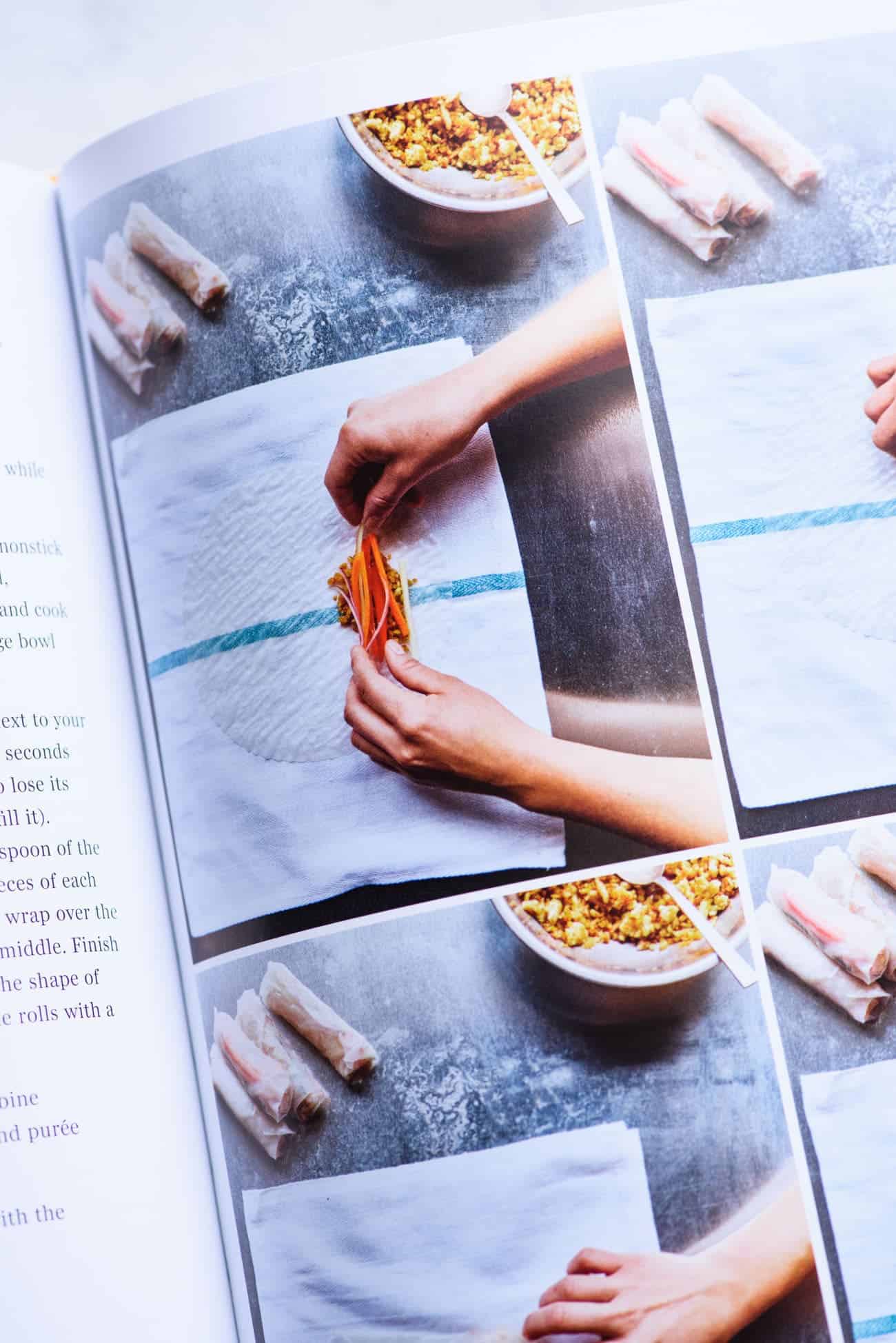 Our goal for The Complete Vegan Cookbook was to be equal parts dependable, easy classics (like the Warm Pinto Bean Salad – page 169) and aspirational weekend projects (like the Pulled Barbecue Mushroom Sandwiches – page 240). We wanted it to have everything a modern, health-conscious, food-loving cook could want – be it an upgrade on their daily smoothie (the Chocolate-Hazelnut one is to-die-for – page 253) or a plant-based take on their favorite indulgence (hello, Peppery Biscuits with Mushroom Gravy – page 278). And hey, if you want to make your own ketchup, we’ve got that, too (see page 82). 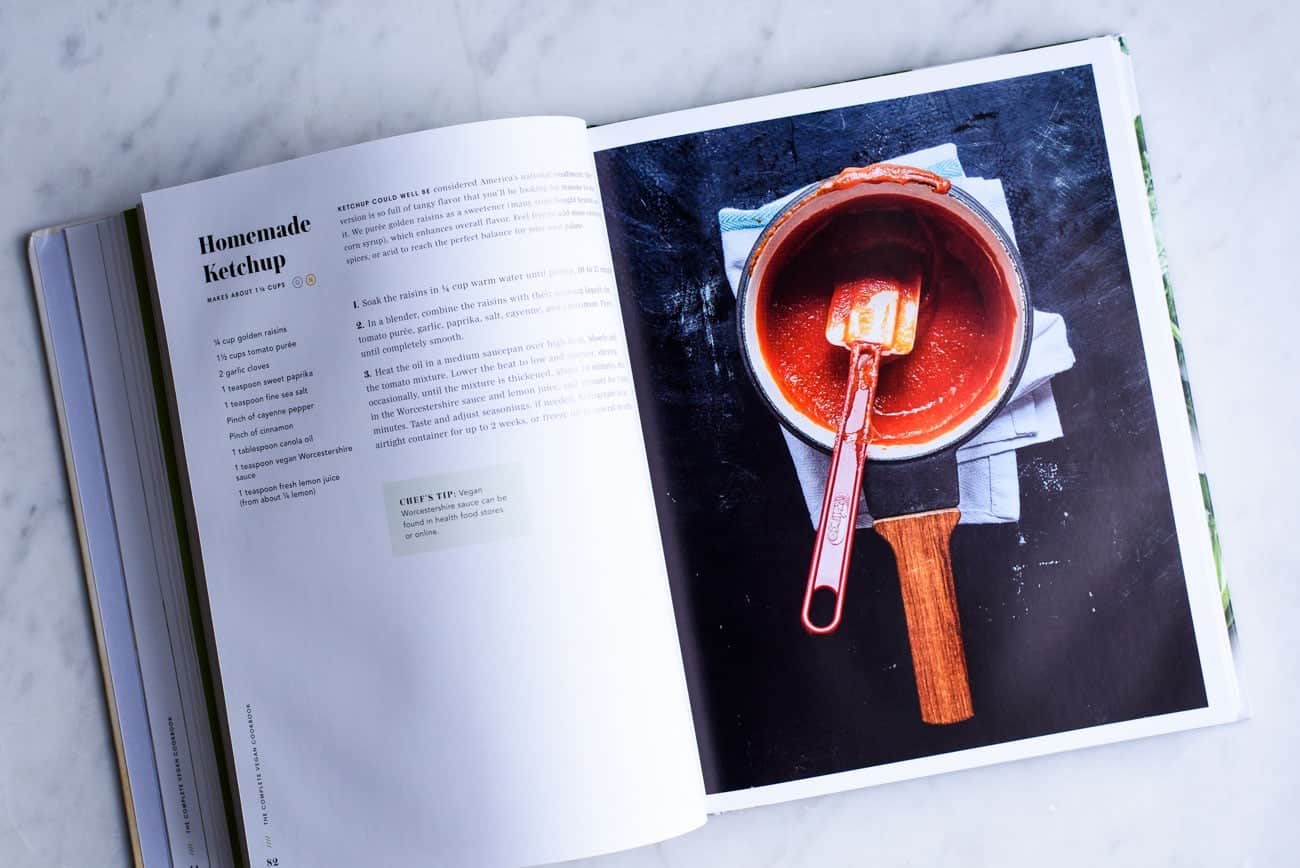 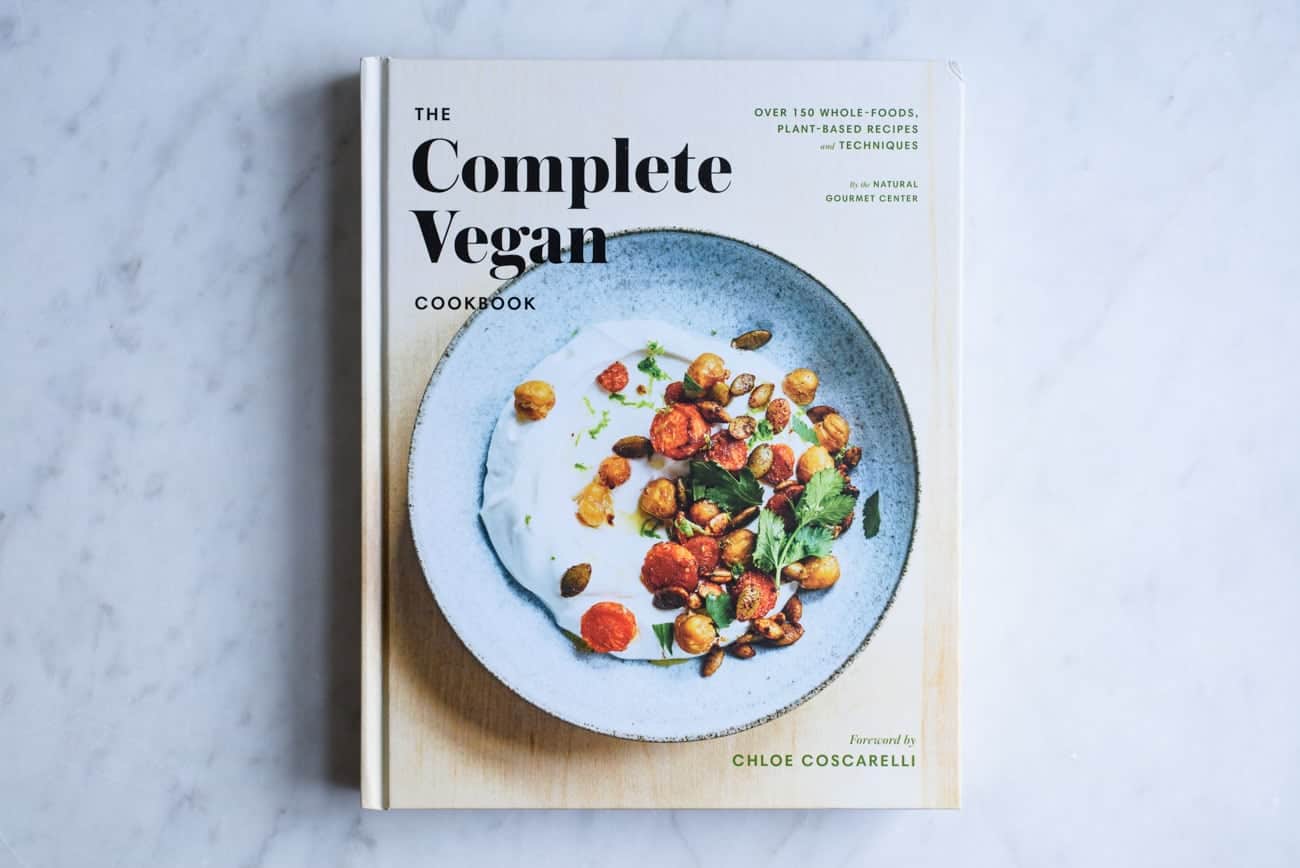 I can honestly say I love every single recipe in this volume and hope you’ll feel the same. You can order a copy via Amazon, or pick it up at your local bookstore. I’d love to see what you make from it, so if you share it on Instagram, don’t forget to tag me @thenewbaguette and use hashtag #CompleteVeganCookbook.

I’m also giving away a signed copy of the book! To enter to win, leave a comment below telling me what your favorite vegetable recipe is. The contest is open to US residents only and will close on Monday, April 8th. The winner will be selected at random and contacted via email, so be sure to enter a valid email address in the space provided (it will only be visible to me).