The Union Square farmers market at this time of year is a sight for sore eyes. There are piles of colorful stone fruit, crates bursting with green beans, perfectly ripe berries sitting pretty on gingham tablecloths, and basically anything else your heart may desire. What’s more is that it’s all bathed in late summer sunlight, making it feel like an adult Disney World. The heirloom tomatoes that arrive in August are like the homecoming queen of the whole operation – passersby just can’t help but stop and ogle at their perfection. And for good reason – they’re irregularly shaped, colored with a unique tie dye-like pattern, and smell like heaven. They are so sweet and fragrant that they need little more that a sprinkle of sea salt and a piece of fresh crusty bread to be enjoyed. 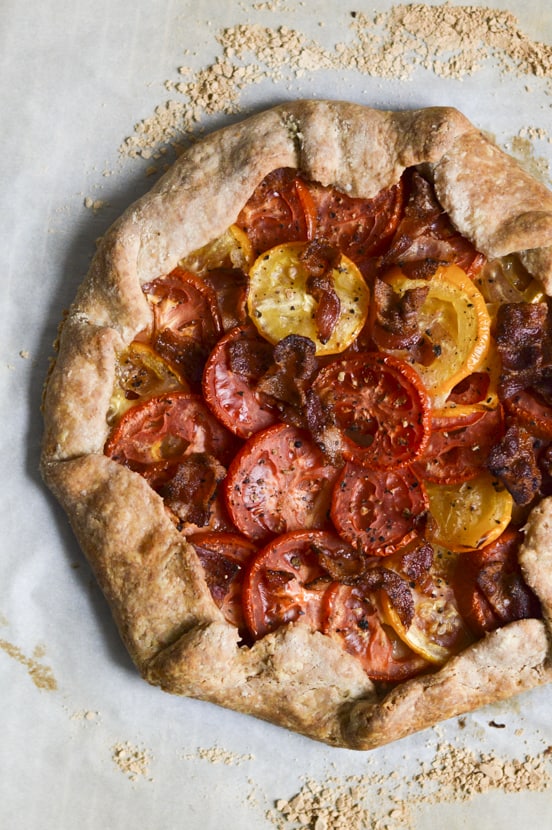 But heirlooms aren’t the only tomatoes making an appearance this time of year. There are the cherry, beefsteak and plum varieties, too, which are rarely approached with the same enthusiasm. As an ode to the end of this summer, I wanted to create a dish that would highlight these unsung heroes. They may require a little more love and affection than heirlooms, but if you treat them right, they are no less perfect.

Enter this tomato galette recipe. After some time in the oven, the plum tomatoes lose some of their moisture, which concentrates their sweet-savory flavor. And the light, flaky crust they’re sitting in is the perfect vessel for them. 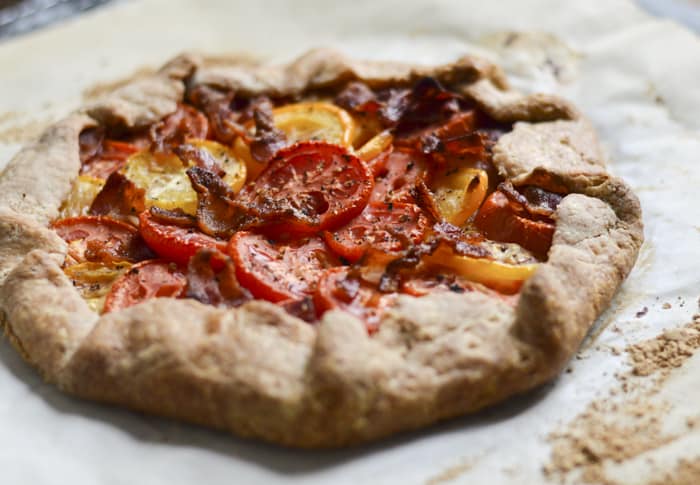 It’s a breeze to make, just like all summer cooking should be. Since it requires only a handful of ingredients, they have to be of the best quality – meaning, no store-bought pastry crusts here. If you are intimidated by making your own crust, watch this Facebook Live video where I show a step-by-step demo of one of my favorite cooking techniques. I suggest for you to locate a farmers market nearby to get those gorgeous late-summer tomatoes I’m referring to. If you are unable to find them, go with campari or cherry tomatoes from your local supermarket. For the bacon, I recommend Applegate organic brand, whose animals are humanely raised without antibiotics or hormones, and whose bacon does not include nitrates or nitrites (known carcinogenic compounds).

To get the butter for the crust appropriately cold, I cube it and place it in the freezer for 5-10 minutes before making the dough. The great thing about this recipe is that the dough can be made several days in advance and refrigerated until ready to use.

To make the crust:

To make the galette: 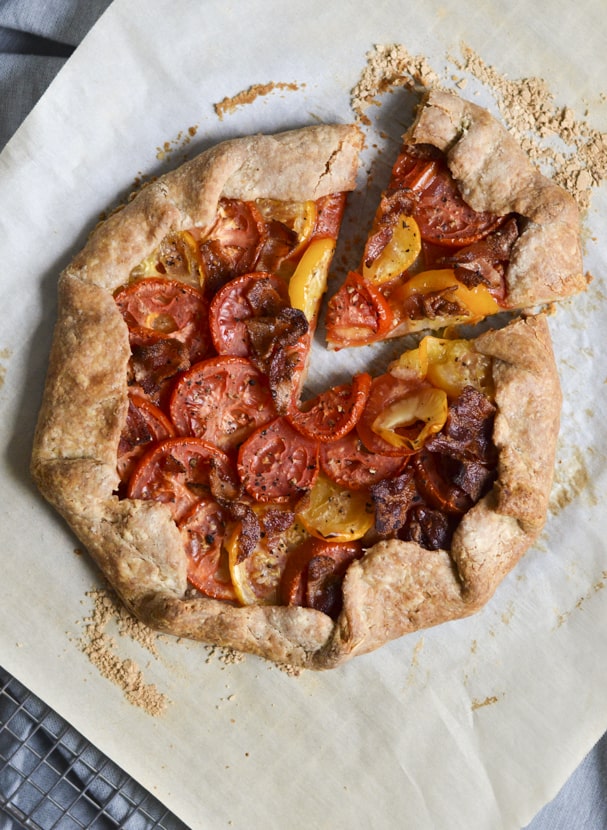 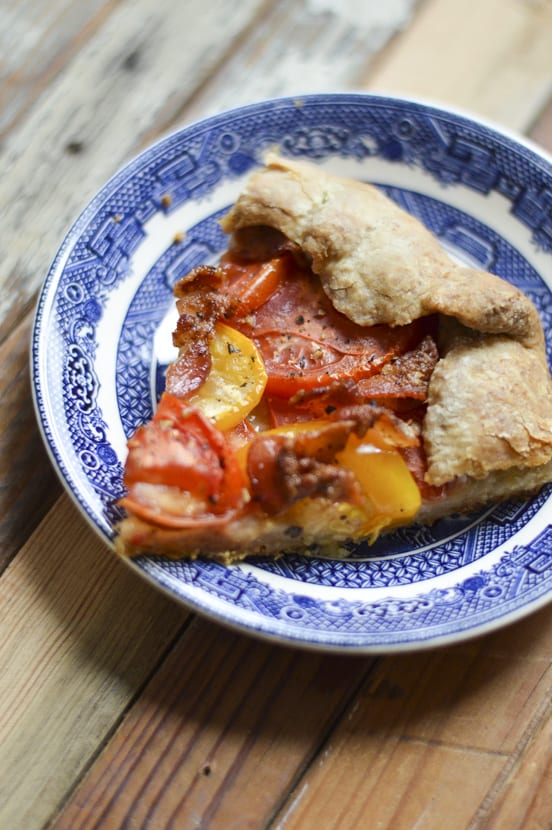 Freedom and justice only matter if they apply equa

Ever since the quarantine began, I’ve been makin

One of the perks of working from home is the abili

There’s a handful of spots still open in my virt

If you’re running out of quarantine dinner ideas

Guess what? These are not 🙅🏻‍♀️ eggs.

If you stockpiled dry beans for your quarantine pa